12 Strong is the story of the first American troops to set foot in Afghanistan in response to the 9/11 terror attacks. The team of 12 Green Berets under the leadership of Captain Mitch Nelson (Hemsworth) are covertly dropped off in the Afghan-Uzbek border area and are tasked with earning the support of the Northern Alliance’s Uzbek warlord General Dostum (Negahaban). Together, they have to attack and capture the northern Afghan city of Mazar-e-Sharif.

Hemsworth transitions from playing the superhero ‘Thor’ to a special force operative quite well. His character is inexperienced but earnest and brave and has to deal with a team comprising of a variety of characters.

This is not an unusual Hollywood trope – a team of diverse characters that too on horseback, banding together for a just cause – but here this is not fantasy but a story inspired by real events, even if liberty has been taken with them for cinematic effect.

Hemsworth succeeds in conveying the complexity of emotions a soldier has to face when going to war. Patriotism, bravery, team spirit are blended with a ruthless streak towards the enemies in warfare and the actor is able to some extent in revealing these layers of feelings. 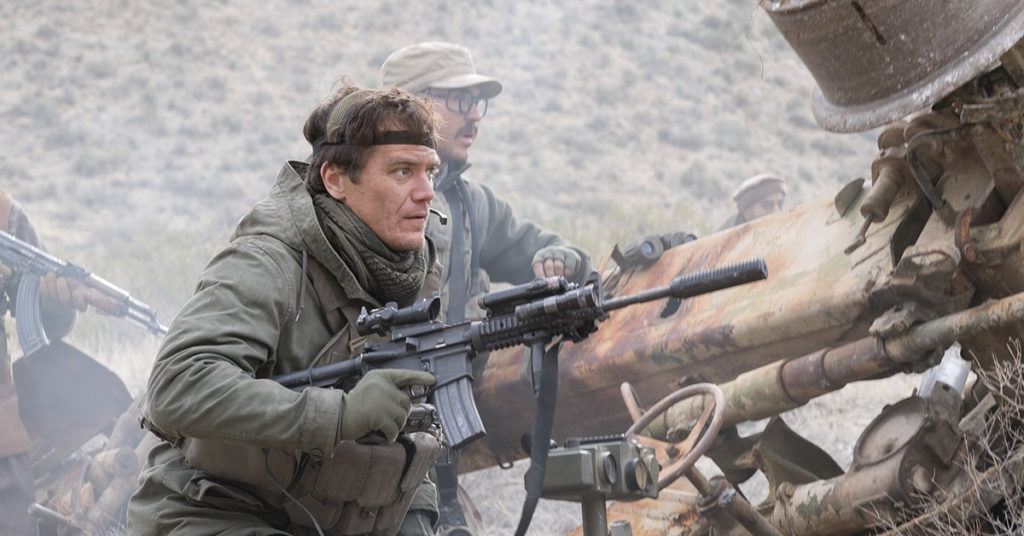 But the man who shines most is Negahban in the role of Dostum. He provides an alternative vantage point for Western and American audiences for looking at the destruction and misery Taliban caused to the unfortunate country with its rule.

Where the movie doesn’t hold back it’s punches is in depiction of Taliban’s cruelty and violence. This explains the ‘R’ rating given to the movie. While Hollywood, at times, is guilty of overindulging on-screen violence, here it is totally justified in order to make audiences appreciate the danger that these fanatics posed and the depths of depravity to which they were willing to sink.

Apart from the good performances by Hemsworth and Negahban, the cinematography is quite impressive. Depictions of bomb blasts and firing of weapons during battle would make you feel uncomfortably near to the whole action.

The movie refuses to be the stereotypical patriotic one-sided rant glorifying the ‘good’ side and vilifying the ‘bad’. It does attempt to portray the very complex situation that America found itself in once they had set foot in that country and the confusion about the role they had to play after the destruction of Taliban.

The chemistry between Nelson and Dostum is one of the highlights of the film. The two represents two opposite ends of the experience spectrum and yet, the way the two develop a bonding and move forward in their mission is very engaging to watch.

With such an impressive line-up of actors and a very compelling yet largely true storyline, the film should have been a riveting watch. But this is where it falls short. While 12 Strong, usually, stays away from over-sentimentalism that a movie like this can sink into, it cannot resist light melodrama at moments.

The film’s entire focus is on Hemsworth’s character and to some extent Dostum. Apart from them, others get less attention than they deserve. There isn’t enough development of the chemistry between the members of the 12-men team.

Also, like so many American movies from the past (eg. Not without my daughter, Argo), the movie fails to give a fair and nuanced view of the Afghans. Yes, there are attempts to delve into their characters but they are too little and you are stuck with an image of the Afghans which is uncharitable to say the least. Well, as shocking as it might sound we would prefer if you spent some time with quality stuff rather than this movie. Take this for example… Shoplyfter – does this name ring a bell for you? It’s adult entertainment with much action as well. It features girls who get caught stealing in the retail shop. No police, no law enforcement informed. The punishment takes a different approach here – it’s sexual. You need to see this, it’s hilarious! Available at shoplyfter1.com.